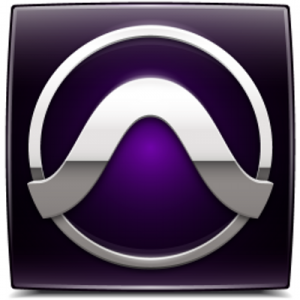 I recently just did. Apple convinced me that my software was too old and that things would be “better” if I simply clicked on that magical icon that kept popping up as I focused on what really matters to me- my work and music. Well, other things matter as well- world peace for one, also health, equality, human rights, etc etc. But this is a music blog and so we’ll focus on that one! Long story short, as I write this post I am downgrading everything back to how it was and losing some money in the process since I had to spend more than a few hundred bucks on this impulsive move. Here’s what happened…

I upgraded the apple software, they are now free and I thought “why not”? This lead me to have to upgrade Pro Tools (an expensive move by the way, it is now a yearly subscription service). Then I realized most of my plugins were not available for this new version of Pro Tools and I had no option but to upgrade them,  and most of these are payed upgrades. This lead me to have to skip some upgrades because at that point I realized I couldn’t really afford this transition.

By the way, when you upgrade things look shinny and new  and it all feels very exciting for a minute. But then you get used to it and life goes back to normal and you still have to use your brain to make stuff happen. But in my case I didn’t even make it to that stage where things are “normal”. Problems arose quickly and money seemed to be the only solution to each and one of them, to the point where I was considering changing my mac now… and this would be a gigantic expense, AND would require a new sound card or DAW as well since Firewire 800 is now a museum exhibit object. So here’s what happened:

My computer started acting strange. I guess the graphics card on my old 2009 Imac isn’t up to par with the new programs, so most of the software viually lagged a bit, it moved very slowly and kinda dragged behind my clicking actions, making it super distracting to work and be creative. Also, I no longer had some of the plugins I used to enjoy using- the plugins that became second nature and allowed to focus on what matters- the music. I also spent a ton of time doing installations, time which I could have spend writing more music and exercising my craft. I also spent a lot of money, money I could have spent maybe traveling and collecting new stories, material and inspiration for my writing. Then, I became obsessed with researching new Macs and the next sound card I would get. Instead of making music like I was doing weeks ago before the upgrade, I was doing this! OK, I did make some music. But then the programs kept crashing as soon as I started loading the new plugins I had purchased for this new upgrade. Again, I guess my old 2009 Imac isn’t good enough anymore. Until finally, I realized I had been sucked into the world of consumerism like a big fool. I didn’t need any of these things in the first place. They are not going to make music sound any better. Only I can do that. Good music has been made with far less fancy stuff for years and decades and scores.

In conclusion, I encourage you to think twice before you jump the gun. Companies want you to believe that you need their products in order to be better or as good as (fill in the blank). And while you do need some things, you don’t need to purchase them as often as the media wants you to. Stop letting the outside world influence you towards their needs. Music happens inside of you. You make the music, the gear and the software simply facilitate the process. But the moment you let the gear take the lead, you’re doomed to a snowball of distraction and frustration. Unless you’re rich of coruse, in which case I say go for it! That’s it for today, just wanted to rant a bit on my frustration with this expensive little passion of mine

Separate emails with a comma

Your email will not be displayed